As SOPs change in departments to keep PPE out of chassis cabs Rosenbauer recognized don PPE after arrival on-scene of incidents may slow crews down. In an effort to keep your crew as effective as possible, Rosenbauer engineered the Rapid Deploy Tray or RDT which is powered, is deploy able from the chassis cab after the apparatus park brake is set.

Multiple applications: The RDT was created with rescue tools in-mind however the base design can be used for a multitude of applications. The RDT is rated to 500 lbs. if your department is better served by having ventilation fans, water rescue gear, saws or hand tools.

Operate manually: The RDT can quickly be manually operated with a flip of a switch. Many departments have concerns with powered features they would fail at the worst possible time. The RDT can be operated manually at any time and position whether the RDT is deployed or needs to be deployed. 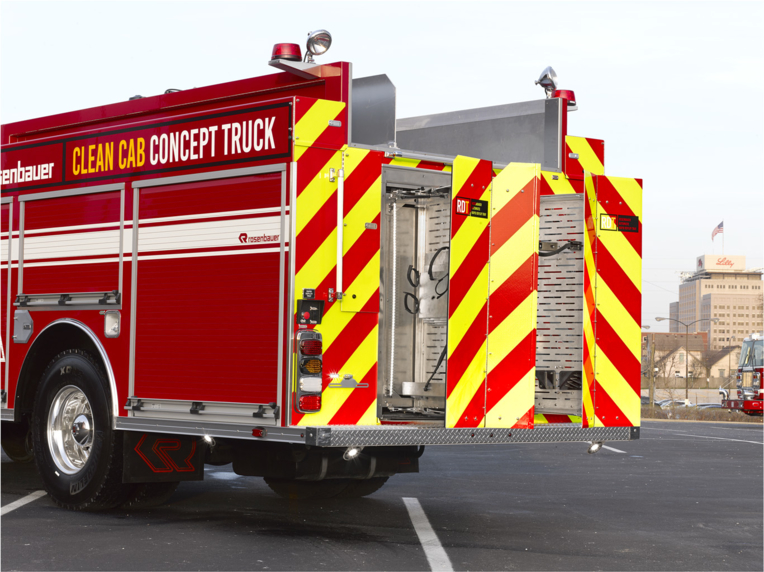